ITENSE uses cookies to improve its site. By continuing to use our site you agree to our use of cookies.
I agree Learn more
FAQ   ›   FullReader 4.0   ›   Creating and processing voice notes

In addition to standard text notes, the user may create voice notes via audio-commentaries. During speech recognition and recording such a note is conclusively transformed into text shape, after that it can be easily edited and expanded.

In order to record new voice note, tap on microphone icon in the upper part of the book reading window. 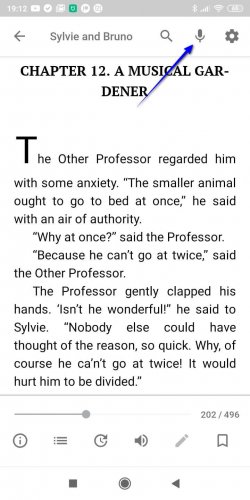 After tapping the icon, the dialogue window will appear, offering a way to perform any actions over the content of the notes. You can begin recording of the voice note by tapping on the pictogram with the microphone below. 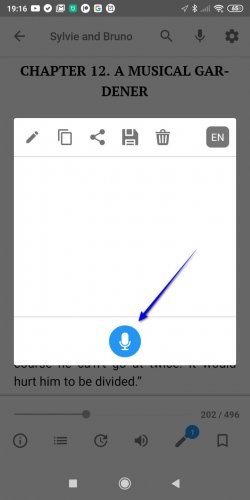 When audio-recording of the note is accomplished, you will instantly see its textual form on the screen. From now, when voice note is transformed into textual, you may do the following action with it: 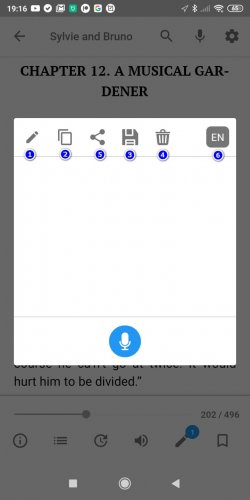 At once after the current note is saved, it is applied to the book file and allocated to the section “Bookmarks and notes” within the catalogue of the file, for which it has been created and recorded specifically.

Note: in order to identify, that the note has been created from voice dictation, in contrast to text input, audio-notes are marked and distinguished by a microphone pictogram. 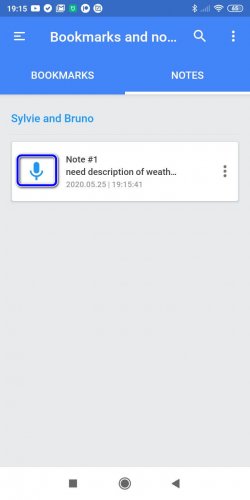 Before starting dictation of each new audio-note, the user can choose the corresponding language for voice recognition. 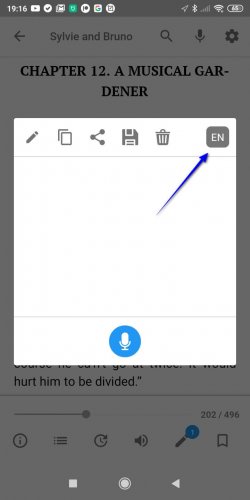 While you are starting to record voice note for the first time, you will see a proper dialogue form on the screen, where user is offered to select the language, suggested for recording of all new consequent recordings of the voice notes by default.

If you are accustomed to reading books on multiple languages and attach corresponding notes in various speaking forms, after you change the language each time precisely, the applet would build adaptive list, which includes 5 mostly used languages, applied for dictation of the notes. These variants are displayed on the top section of languages list, suggested for dictation of audio notes as the top-priority languages. 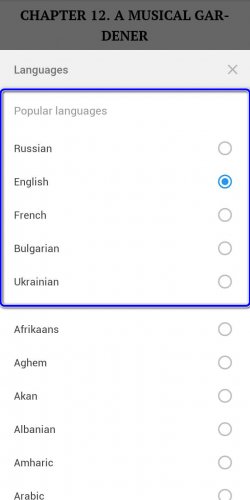 Was this article helpful?
Yes No
Up